Do Not Use Progestins With Natural Progesterone Otherwise Your Restless Leg Syndrome will NOT be Cured.

In contrast, according to the PDR (Physicians Desk Reference) prescription brand name Progestins CAUSE cancer. In contrast, 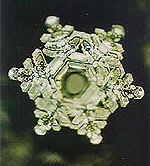 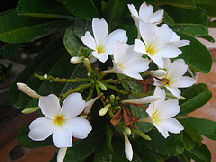 It is called progesterone or Natural Progesterone. It is the precursor to other hormones such as the three estrogens, testosterone, and cortisol. Yes, women also produce small amounts of testosterone. Natural hormones that your body produces cannot be patented because they are naturally found in nature. If you are a business, and come out with a natural progesterone cream for sale, anyone can copy your cream. There is no protection from competition.

Thus, pharmaceutical companies take the natural progesterone compound that your body makes and purposely alter the molecule to gain patent protection, profits, and a relief from competition. They need to support the costs of 100 million dollars of research and clinical trials with a protected patented drug. Also they need to pay their drug representatives $60,000 to $100,000 per year. They need to pay for fancy expensive television ads. That is the pharmaceutical drug companys cost structure. However, since the progesterone molecule is altered, the molecule is no longer progesterone. As a result, these altered molecules, progestins, have side effects like CANCER and BIRTH DEFECTS. Progestins will NOT help Restless Leg Syndrome. And yes, progestins are found in birth control pills.

Natural Progesterone is what your body produces. Provera and Megestrol are patented artificial hormones with serious side effects like CANCER and Birth Defects. Artificial prescription progestins will NOT cure Restless Leg Syndrome! Provera and Megestrol will block the Restless Leg Syndrome healing effect of Natural Progesterone.

Do NOT be intimidated by the molecules above. Remember those pictures you looked at as a kid and played as a game. You compared each picture to the other looking for differences.

Estradiol and Testosterone Differences and Similarities

Small molecular differences can have large differences that affecting human and animal. Two hormones are shown below. The first is testosterone, the "male" hormone.

Estradiol and Testosterone are very similar molecular structures. However, they produce the maleness and femaleness in animals and humans.

Side Effects of Progesterone

A woman produces about 20 mg per day of natural progesterone from her ovaries during the latter part of the menstrual cycle before age 35. During the first trimester of pregnancy the corpus luteum on the ovary produces progesterone. During the second and third trimester of pregnancy, the placenta begins to produce progesterone. During one day of third trimester pregnancy, the placenta produces as much as 400 mg per day. That is why it is called progesterone. Pro meaning "for". Gesterone meaning "gestation". At physiologic doses Restless Leg Syndrome will be cured with Natural Progesterone. 20-40 mg per day applied to the skin has little or no side effects unless xenoestrogens and phytoestrogens are NOT eliminated from the environment.

At high doses (10% progesterone cream or 2,800mg progesterone/oz of cream) for many years, I have heard of anecdotal reports of mental confusion which cleared after several months of discontinued use.

With physiologic doses of natural progesterone 20-40 mg/day out of 7000 patients I have never seen one case of mental confusion.

Side Effects of Progestins

Again, artificial progestins will NOT help Restless Leg Syndrome. Because of alterations to the Natural Progesterone molecule, the drug has side effects. The following is a partial list of side effects of Provera (medroxyprogesterone acetate) from 1993 PDR (Physician's Desk Reference)

Increased risk of birth defects such as heart and limb defects if taken during the first four months of pregnancy.

Discontinue this drug if there is a sudden or partial loss of vision.

May contribute to thrombophlebitis, pulmonary embolism, and cerebral thrombosis.

May cause breakthrough bleeding or menstrual irregularities.

May cause or contribute to depression.

The effect of prolonged use of this drug on pituitary, ovarian, adrenal, hepatic, or uterine function is unknown.

May decrease glucose tolerance; diabetic patients must be carefully monitored.

May increase the thrombotic disorders associated with estrogens.

Dr. Lee maintains that a woman on a progestin such as Provera (Medroxyprogesterone acetate) or Megestrol should stop the progestin. Immediately lower the dose by 1/2 and lower it more the second month. By the third month the progestin may be completely stopped. There are two reasons for this method.

The second reason is that plasma progesterone levels will not reach a maximum level until the 2nd or 3rd month of use. Initially, in progesterone deficient patients, much of the progesterone is absorbed into body fat. With continued use, fat levels of progesterone reach an equilibrium such that successive doses of progesterone result in increased blood levels and stronger physiological effects. Thus, natural progesterone applications usually takes 2 to 3 months accompanied by xenestrogen and phytoestrogen elimination for Restless Leg Syndrome to completely disappear.

However, you should notice some difference after about 10 days. Breasts and should become LESS sore. Premenstrual bloating should become less. IF your breasts are becoming MORE sore and bloating is becoming worse then you should stop the Natural Progesterone, stop all xenoestrogens for 1-2 months, and then try to take Natural Progesterone again. See Troubleshooting Restless Leg Syndrome Therapy Failure.

Progestins and conjugated estrogen used as birth control pills were discovered by the pharmaceutical companies while looking for a fertility drug by studying folk medicine in Mexico. Wild yams were found to have a diosgenin that had the base compound of progesterone in it.

Visit a Speech By Theo Colborn on Hormone Disrupters

I have to go to work but wanted to send a quick email to tell you what a difference this has made in my life.

The first month I had to stop taking and eliminate some more products from my life. The second month though has been going great! I only drink water and some juices now and have purchased both olive oil soap from Elysian Dream and the laundry detergent from Nature Clean....love it! I am having somewhat tender breasts now (this week) and think that it may be due to the oncoming menstrual cycle. Anyway....the other differences I have experienced are incredible. My mood is so much better.....so, even keel and feeling great! Also I have lost 15 pounds in two (2) months without even really trying (this was not something intentional). I still eat the same amount...only now I eat better. The extra fat around my waste line is leaving and almost gone. I am 39 years old and have struggled with monthly issues and breast pain for quite some time. This year the breast pain was becoming extremely severe and my doctor didn't really have any answers. Also a couple lumps were found on my mammogram (diagnosed as cysts). I will write more later to you about this but must leave for work now. Oh, my weight, two months ago was 145 pounds and now I am 130 pounds (had to purchase new clothes). I am getting my body back and my skin has cleared up and my hair feels great (It seemed as though my hair kept thinning and now it has stopped in that I don't seem to have as much falling out when I run my fingers through it). Why don't more people know about this! I have begun telling everyone I know, that will listen.......

Thank you for having your website and sharing this news,

I just placed my second order this morning.

Just a short note to let you know that I am so great. I have removed as many xenoestrogens as possible from my environment, skin and diet, as you advised, for nearly a month now and the improvement has been amazing. I am using the Nature Clean powder detergent, no dryer sheets, Elysian Dream products for hair and skin (fragrance free and those without rosemary and lavendar oils, only ones with olive oil, and the organic, fragrance-free shea butter), and the crystal deodorant vs. regular deodorant (AMAZINGLY better), and we changed all of our household products to the Nature Clean line and no longer use any antibacterial foaming soaps or anything. Just Grandpa's baking soda soap for regular hand washing.

I have lost seven pounds this month, my last period cycle was 28 days (who knew!) and my hair has started to grow back (after four years of thinning!!). The biggest thing is that my body is, quiet, for lack of a better way to describe it! No stomach aches, bloating or headaches, no breast pain and my moods are more consistent day to day. My energy is coming back, skin is great -- I can't believe it.

I think I have finally tapped into what has been ailing me for the past six years and I couldn't be more pleased! I plan to use these products regardless... the "clean" feeling from them is just so great. My husband has been using them too, and we are thrilled!!

Thank you so much!

About xenoestrogens (pretends to be estrogen)