Restless Leg Syndrome
Why? and Treatment

Estrogen Dominance - Too Much Estrogen

Why is the skin entry so important?

The skin entry is so important because anything on the skin is 100% absorbed. However, anything by mouth is 90% inactivated by the liver. For instance, a 20 mg topical dose of Natural Progesterone is equivalent to a 200 mg oral dose. So anything put on the skin is 10 times the oral dose. Mainstream medicine uses estrogen patches on the skin to dose you with estrogen.

Estrogen Dominance can also cause excessive vaginal bleeding and this can cause an iron deficiency as well.

Do I have Estrogen Dominance? - Too Much Estrogen

The key questions to ask to a premenopausal woman is:

These two questions are affirmative for Estrogen Dominance.

Other less common causes of RLS may include chemicals that stimulate the nervous system like pesticides or new building materials. These chemicals are neurotoxic and may stimulate the muscles to contract.

How does Estrogen Dominance Cause Restless Leg Syndrome?

So let us summarize:

We all know that estrogen stimulates many breast cancers to grow. According to the American Cancer Society the 2007 lifetime incidence risk for Breast Cancer is 1 out of 8 women. In the 1950's the risk was 1 out of 20.

Where does this excess Estrogen come from?

Why is there is increased risk of breast cancer?

One of my patients, commented that she knew exactly how the cattle felt!

What does the increasing incidence of breast cancer and precocious puberty have to do with RLS?

The increasing incidence of breast cancer and precocious puberty is evidence that the population is being exposed to chemical estrogens (xenoestrogens). 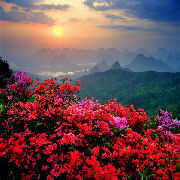 What does this have to do with your RLS?

This means that the sewers contain some estrogenic compound that is feminizing the fish.

OK. So we take Magnesium and Vitamin B to fill these deficiencies. Take a chelated magnesium that is absorbed well. Magnesium Oxide is NOT absorbed well. Don't take too much magnesium all at once or you will get loose stools. Vitamin B is water soluble so you don't have to worry about overdosing. Just take the Vitamin B in the morning. If you take Vitamin B just before you go to bed, then you may not sleep well because of vivid dreams.

Caution: if you do not eliminate xenoestrogens and phytoestrogens (plant estrogens) from your environment, you will temporarily get worse (for 2-3 days after stopping progesterone) taking Natural Progesterone. Bloating just before your period means you are estrogen dominant (have too much estrogen). If your bloating gets better, this means that you have been SUCCESSFUL in getting rid of estrogens in your environment. If you have worse bloating or the same bloating, this means you STILL HAVE estrogen in your environment.

So in 3-4 months you could be Restless Leg Syndrome FREE for the rest of your life.

Eckhart, MD spent 3-4 months of intense study. As of 2007, Eckhart, MD has had 7,000 customers since 1999. Through time sucking interviews, Eckhart, MD learned from my patients what the chemicals are that pretend to be estrogen (xenoestrogens). You get the list FREE with the product.

So what did Eckhart, MD learn from spending 8 years talking to patients? Eckhart, MD learned lots of stuff. For one thing, anything that is on the skin is 10 times the potency of what goes in the mouth. This is because if you take stuff by mouth it is 90% first pass metabolized by the liver. However, on the skin, whatever is on the skin goes directly into the body.

Thus, for example, 20 mg of topical natural progesterone on the skin is equivalent to 200 mg of Natural Progesterone by mouth.

Hmm. This means laundry detergent, soap, shampoo, and cosmetics are more important than what you put in the mouth. This means the garbage you put on the skin is causing the RLS. 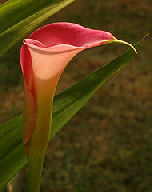 Read About Restless Legs Syndrome on our New Website.

Is health food store stuff better for you?

Health Food store products May or may not be good for you. Did you know that some of the herbs commonly used in health food stuff pretend to be estrogen too? Did you know that lavender creates gynecomastia in young boys. Gynecomastia is male breast enlargement otherwise known as man-boobs. Yes, a pediatric endocrinologist presented this finding at a conference in Denver June 2006. Give your young son lavender oil on his skin, and he will develop man boobs. Read about it here. Lavender causes Gynecomastia (man boobs).

You get a bottle of Natural Progesterone and the Avoidance List for under $30.00.

IF it doesn't work for you, Send it back. We'll refund you for the price of the product. But you will have to pay the shipping to your house and back.

Well, I didn't believe it at first either.

Go READ "What Your Doctor May Not Tell You About Menopause" by John Lee, MD. Yes, I know you have RLS and are NOT menopausal. But this book has information on Estrogen Dominance, PMS, fibrocystic breast disease, ovarian cysts, endometriosis and the benefits of Natural Progesterone.

2. Avoid the xenoestrogens and phytoestrogens especially on the skin.

3. Use Topical Natural Progesterone to oppose the effect of Estrogen Dominance.

Suzanne's Book for You!

I don't know if you remember me - but I called you several years ago complaining of RLS. You listened and responded that you thought it was caused by the toiletries that I put on the skin. So I simplified my lifestyle getting rid of the "junk" that I put on my skin, AND my RLS was gone! Now, I bike cross country.

I used some of your product just because I thought that Natural Progesterone would be good for me and my RLS disappeared!

About xenoestrogens (pretends to be estrogen)